Summer officially arrived yesterday, but today it dawned for the first time.  I woke up way way early for a Sunday (sometime during the four o’clock hour) and spied a hazy crescent moon from my bedroom window, but no bright shining Venus.

Late in the five o’clock hour, I went outside, taking Apollo with me, to see if Venus peaked through the clouds.  No, nothing but the moon. 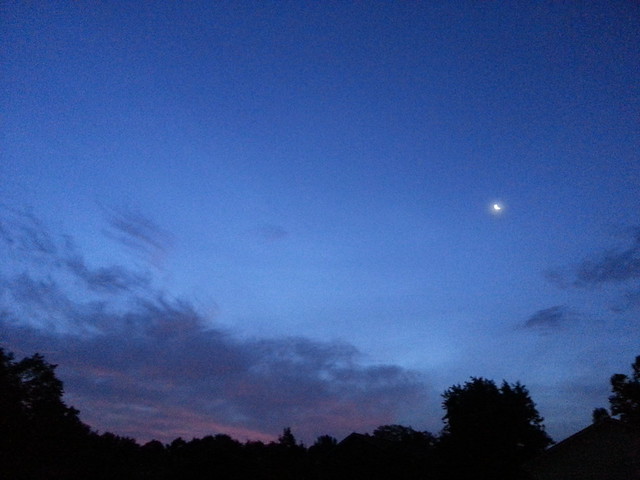 Some of my flowers are doing well, like my day lilies and the moss roses, potted or in flower beds: 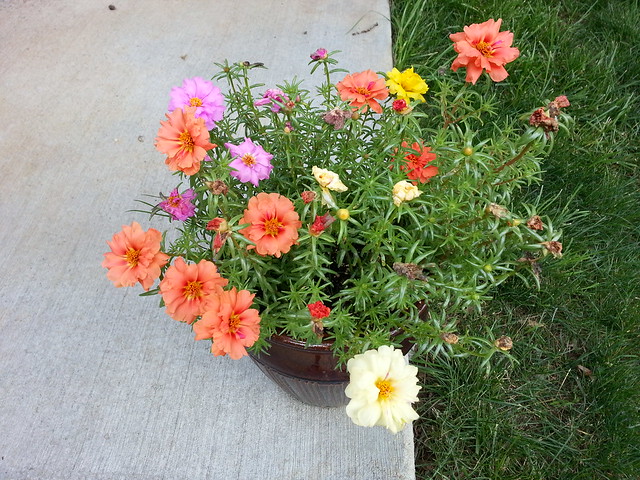 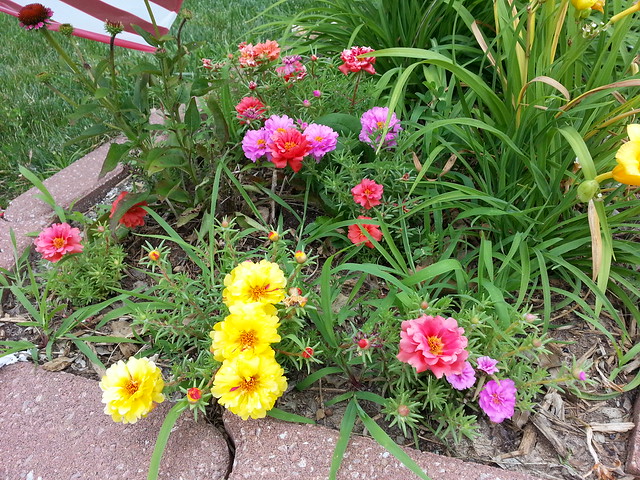 The cone flowers I planted last year and not doing very well. The one I planted at the north end of this flower bed only produced three or four leaves. The other one (shown above) is flowering, but also looks pekid. I’m just not much of a gardener. My one true success is the day lilies, which I planted six years ago on Memorial Day.