Welcome to my annual roasting of my building’s attempts at modern art holiday decorating.  When I showed my husband this year’s photo, his first words were: “Bowling pins?” 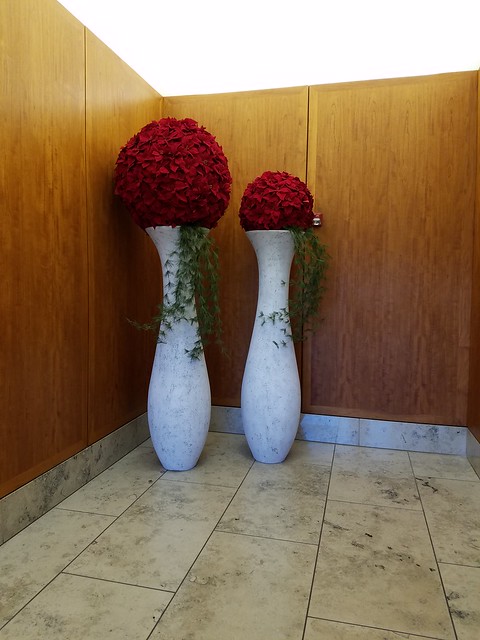 I had to concede his point.  At least this year the dominant color is red with a swash of green.

In reviewing my blog postings for last year, I just realized that due to an unforeseen shakeup at work I didn’t post much of anything in November or December, even though I did remember to take a photo of last year’s lobby decorations. 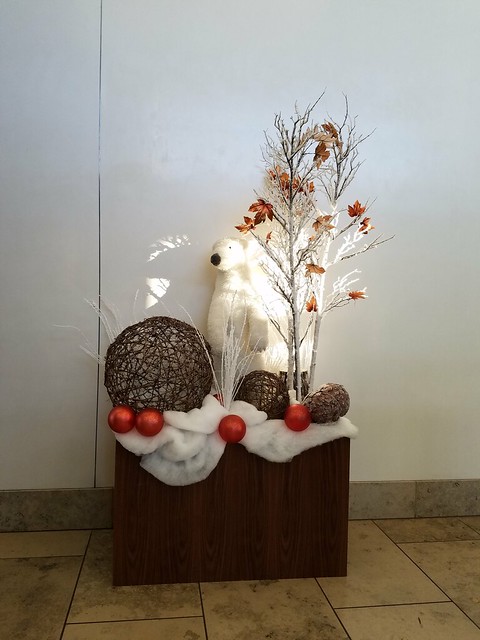 I actually thought it was cute because I have a soft spot for polar bears, but otherwise not much of a stretch from the previous year’s deer theme.

I did satisfy my fix for traditional Christmas decorations by diverting my morning commute a few blocks east and taking in the glorious Christmas tree at Hallmark’s Crown Center on Grand Avenue in Kansas City, Missouri: 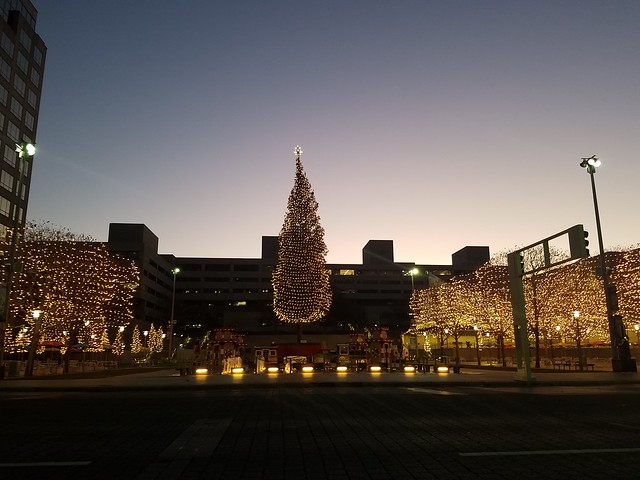 I hope to take photos of the decorations at the Kansas City Life Insurance building on Broadway tomorrow as well as the Christmas tree inside Union Station at Main and Pershing. It’s beginning to look a lot like Christmas at those locations.