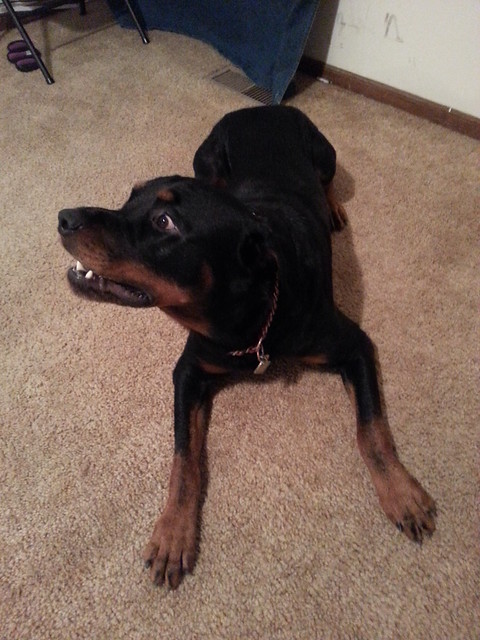 We adopted/rescued Porthos on 11/29/2014 from the Great Plains SPCA facility in Independence.  We changed his name immediately (to protect him from  his not-so-innocent previous owner).  We selected Porthos mostly because he fits this description of the famous Alexander Dumas character from The Three Musketeers:

Porthos, honest and slightly gullible, is the extrovert of the group, enjoying wine, women and song. Though he is often seen as the comic relief, he is also extremely dedicated and loyal toward his friends and fellow Musketeers. His eating abilities even impress King Louis XIV during a banquet at Versailles.

Check back here frequently for updates on his progress and integration with Terry, Lexy and I.